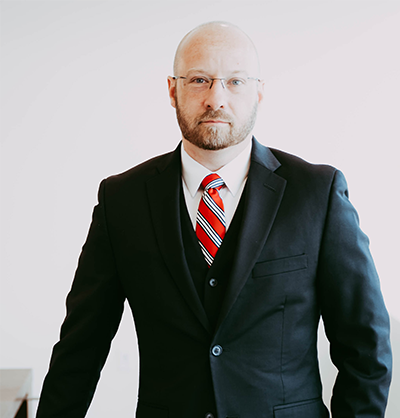 Jason Dunn is a founding Member of Perri Dunn PLLC. He represents individuals as well as privately-held and public companies with an emphasis in business transactions and commercial litigation matters.
Jason advises and represents businesses and their principals on formation, governance and operations across a variety of industries and services. His experience and expertise enables him to help clients avoid and manage dispute risk and resolution for his clients. His practice also includes prosecuting and defending claims ranging from trade secrets, patents and intellectual property, deceptive trade practices and unfair competition, securities registrations and transfers, receivership law and fraudulent transfer (“claw backs”), as well as contracts and regulatory interplay with an emphasis in the energy sector relating to oil and gas exploration and production, oilfield services and renewable energy such as windpower. As an outgrowth of living in one of the fastest growing areas of the Oklahoma City metro, he also developed expertise in zoning and property use matters both in municipal and county jurisdictions.
Jason’s accomplishments in an array of commercial litigation and appellate matters earned him recognition as one of Oklahoma’s Rising Stars by the publishers of Super Lawyers magazine. Upon graduation from law school, Jason practiced at an Am Law 200 firm for five years before returning to Oklahoma in 2009. He joined one of Oklahoma City’s largest law firms and practiced there as a partner until founding Perri Dunn in September 2019.